I sheepishly peek back into Blogland...

It's been a while. So, jeez, The Midnight Club. That book could have been the book that derailed this entire project. If I wanted to read a book of Christopher Pike's short stories, I woulda read freakin' Tales of Terror #2.

You know, I would feel awful if I just put up a little inconsequential teaser post after all this time, so let's gab for a sec about something very important to me: celebrity look-alikes.

Remember back when the internet was first getting popular and people were starting to chat and ICQ with people in other parts of the world?

My male middle school classmates fell into a frenzy of chatting online with American girls. You know, "Gemini" from "Texas", and all that stuff. And every guy wanted to know what hot celebrity he looked like so he could tell the girl he was chatting with, and hopefully appear cooler than he actually was.

The answer, "You look like a combination of JTT, Andrew Keegan, and Pauly Shore's detox ID" is a little harsh, so I usually said nothing.

If myheritage.com had existed then, I may never have had a chance to bring up Pauly Shore on this blog. Naw, I didn't sell out; I just think it's a cool site. You can upload a picture of yourself and it matches your face with celebrity look-alikes. I guess there's a Facebook app that does it now too.

I tried it out a while ago with a family picture. My mom and my brother both had Peter Gallagher as the #1 match. 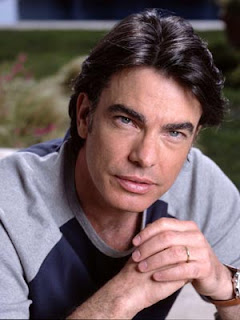 "OMG, Mom! You look like the dad on The OC!!!!"
Oy. And me, I'm a combo of Kristin Kreuk from Smallville, and British jazzy-type singer Jamie Cullum. But you know who my one true celebrity look-alike is? Mindy Cohn. Natalie from The Facts Of Life. Her face at age 13 is pretty much the same face I've had my entire life. Check it out; just add naturally curly hair:

Thanks for sticking with me, you guys, and I hope to be back to some sort of regular posting schedule from now until I finish the Pike catalogue.

This weekend come around for a double header of the ramblin'-esque posts that I'm sure everyone's been missing - featuring The Midnight Club on Saturday, and Tales of Terror #2 on Sunday. Does the Christmas pre-weekend get any better than that? See you then!
Posted by LongWinter at 3:50 PM

Glad to have you back!

Midnight Club, Tales of Terror #2, and Facts Of Life = yum.

Yay, so glad you are back too! Your sheepish peek back into blogland was so funny. I burst out laughing on the bus re Peter Gallagher.

yay!! very glad to see you back :)
cant cope without some pikey-snark :)
or just your general awesome posts
x

To add to the chorus of yays, glad to see you back!
That celebrity heritage thing is so ridiculous, I love it. Whenever I do it I always get a bunch of beardy old Victorian scientist type men, which is kind of weird considering I'm a girl. I like to persuade myself that I just have angular cheekbones or piercing eyes like them or something.

Yay! I'm totally jonesin' for some Pike. I was afraid you'd go the same way as other blogs and never come back. :(

Can't wait for The Midnight Club!